A Poem About the Past: A Lost Bohemia 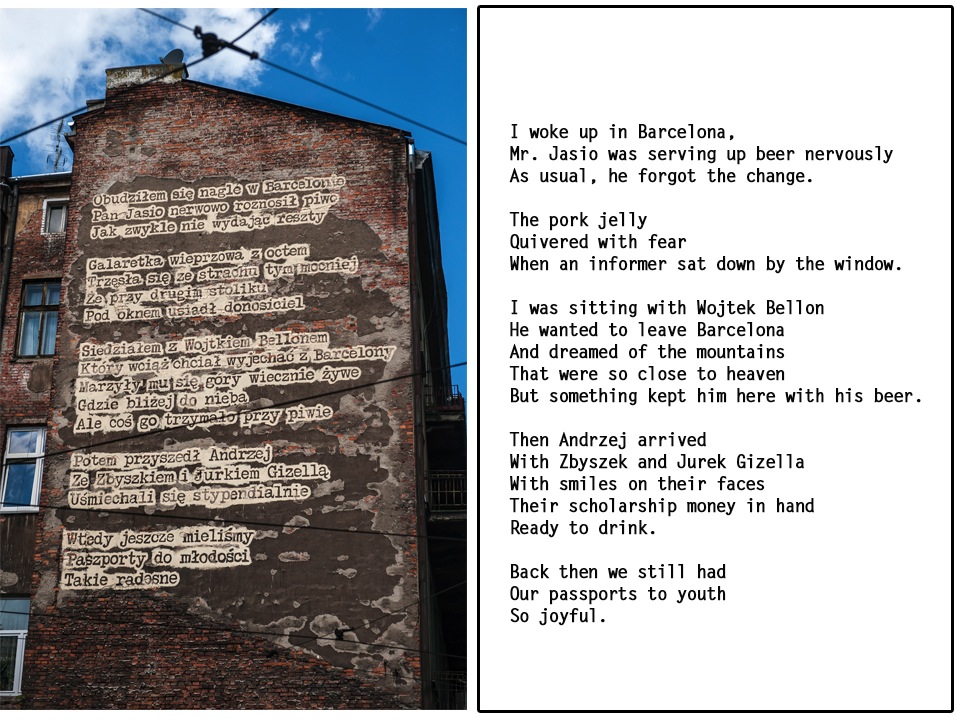 Transcribed on a wall of a former bar named Barcelona is a poem by local poet, Adam Ziemianin. Barcelona was a bar frequented by poets, artists, writers and Krakowâs underground intellectual rebels at the end of the 1970s and early 1980s. Wojtek Bellon (Wojciech Belon) for example was considered the Bob Dylan of Poland, and while the Communist government did not release most of his songs while he was alive, they were well known by students at Jagiellonian University during his time and are still performed in bars across Krakow.

Bar Barcelona was eventually turned into a Government run bar mleczny or milk bar, a low-cost cafeteria. In 2010 the building was demolished and the mural was put up to commemorate the Bar Barcelona and the artists and students who frequented it.

We leave you with a song about spring by Wojtek Bellon.