Bedtime Stories for Adventurers: An Interview with Photojournalist Theodore Kaye 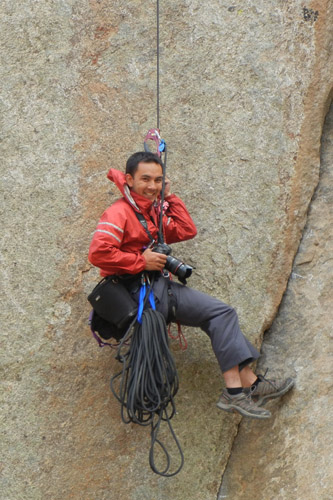 It was Kim that did it, Kim that inspired Theodore Kaye to pack his bags and head for Central Asia, a region that exists only as a vague notion in the minds of most Westerners.

No, Kim is not a woman, or even a real person, but rather the titular hero of Rudyard Kiplingâs 1901 novel. Set against the backdrop of The Great Game, the 19th century cold war standoff between Russia and Great Britain, Kim tells the story of an orphan boy who is recruited to be a spy for British intelligence. It is a classic of Great Game literature, a genre that is often peopleâs first exposure to the concept of Central Asia.

Kaye describes Kim as âa half-caste, half-breed person who spans cultures and languages.â Himself the son of a pair of journalists, one Taiwanese and the other American by way of Belarus and Poland, Kaye felt a strong sense of identification with Kiplingâs scrappy protagonist. The book was âa bedtime story from early on, read during power outages by candlelight,â as the familyâwhich went wherever Kayeâs parents were postedâmoved from one far-flung locale to another. (London, Singapore, Hong Kong, etc.; before attending high school in India, Kaye had never lived anywhere for more than three and a half years.)

The story of Kim would stay with Kaye into his time at Yale, where he studied film and won a travel grant to go to Central Asia and retrace the steps of Great Game-era explorer Ney Elias.

Once there, to his surprise and delight, he found himself fitting in seamlessly. âEthnically-speaking, in Central Asia, people look very much like a mix of East and West, as do I,â Kaye says. âPeople were very welcoming because of thatâ¦ it was exciting.â Furthermore, he found himself at ease linguistically. Having lived in so many different places, he already had a few languages under his belt, and was pleased to learn that Hindi (which he didnât speak, but with which he was familiar after his time in India), was heavily influenced by Persian, and so bore similarities to other Persian-inflected tongues like Uzbek and Tajik. 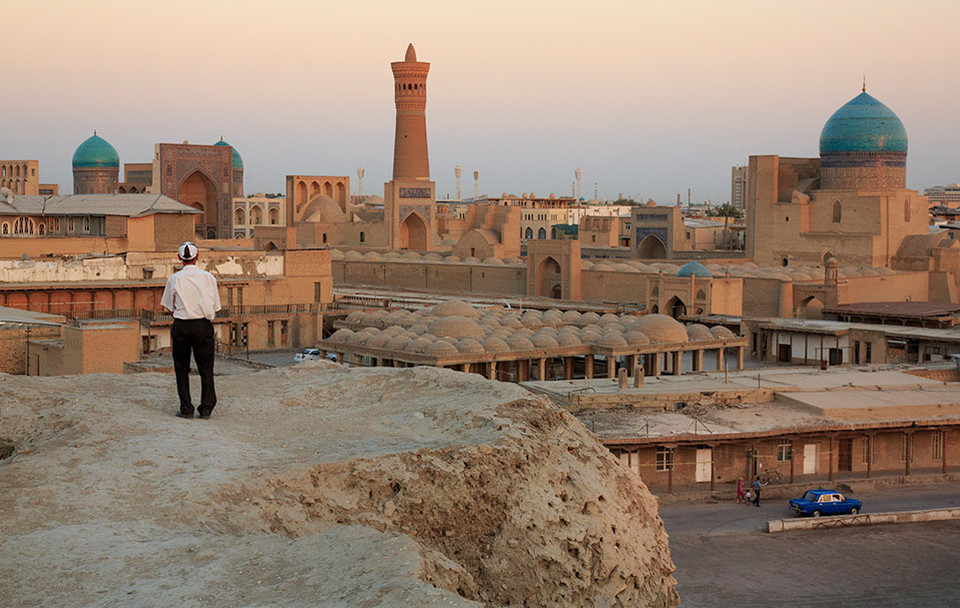 By the time he returned to the States, Kaye was already plotting a way to get back to Central Asia. At that point, he was becoming disillusioned with his studies in film production, and instead of going to Los Angeles to join the hordes of underpaid grips, he signed up for an intensive Uzbek language program at Indiana University, where his classmates were either âspies, missionaries, or NGO workers,â before moving to Tajikistan in 2005.

As it turns out, spies, missionaries, and NGO workers are some of the only foreigners that ever venture over to the land wedged between Russia, China, and the Middle East. Kaye says that in Uzbekistan, youâre far more likely to see Europeans than Americans, but even then only in the bigger cities like Samarkand and Tashkent. When asked about some of his favorite parts of the region to photograph, Kaye says he likes places like Eastern Tajikistan and the Xinjiang region of China that provide âglimpses of the muddled past,â where the many layers of ethnic and national identity are exposed.

It is the complex question of identity on which much of Kayeâs Central Asian work has focused. Always a complicated subject, it is especially so in this part of the world, which, over the centuries, has seen multiple waves of peopleâthe Persians, the Turks, the Mongols, and othersâleave their own cultural and linguistic imprints.

And that was all before the region became a part of the USSR around 1918. Kaye explains to meâwith the oft-repeated caveats that âitâs very easy to oversimplifyâ and he is not an expertâhow Soviet ethnographers came in to carve up the territories into distinct countries. Armed with the Leninist concept that âa nation must have a people and a people must have a language,â the ethnographers set about cataloguing dialects and used these data to draw the borders of Kazakhstan, Uzbekistan, Kyrgyzstan, Tajikistan, and Turkmenistan.

Border-drawing, as any student of colonial history knows, is a rather inexact science that often leads to some rather arbitrary nation-states. As Kaye explains the process of the Soviet ethnographers: âItâs as if you were going to go into a really messy house and stared making piles of things.â There is also the corollary that border-drawing has been known to intentionally break up ethnicities and separate people who otherwise might band together in a show of force against their colonizers. 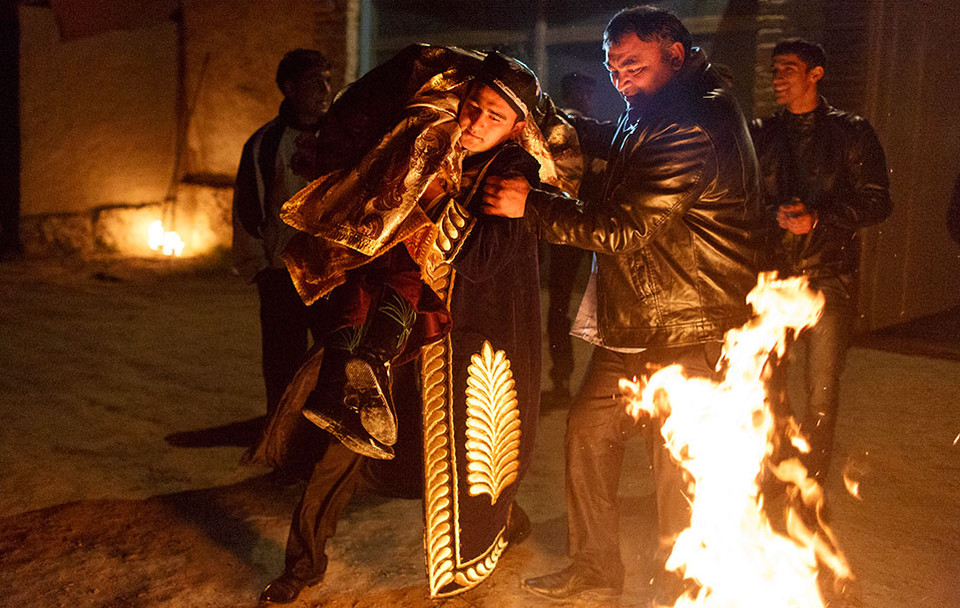 The result of all this in Central Asia is that ethnic groups bleed across borders, and the people in the north of one country may be a lot more similar to the people in the country just above them than they are to the southern residents of their own. âNorthern Tajikistan,â Kaye notes, âis all Uzbeks,â while the minority Turkic Uyghur people of Western Chinaâ who Kaye photographed using an iPhone after several run-ins with Chinese riot policeâspeak a language similar enough to Uzbek that when heâs there, he can hold âa funny kind of conversation.â

These complexities, however, are often ignored in the name of nationalism. Many people have claimed their identities as a Kyrgyz, Uzbek, or Tajik, and borders are frequently the subjects of dispute. One of the most heated, longest-running conflicts concerns the cities of Bukhara and Samarkand in Uzbekistan, both of which Tajiks feel rightfully belong to them.

Tajikistan, where Kaye lived for a total of 4 years, is one of the countries, along with Kyrgyzstan, that suffered most after the Soviet collapse, primarily because, unlike Uzbekistan, Turkmenistan, and Kazakhstanâall of which have lucrative hydrocarbon deposits, it did not have much in the way of natural resources.

Itâs no surprise then, that there are a lot of people in Tajikistan who remember the Soviet days fondly. In fact, it turns out that Soviet-nostalgia amongst the common manânot academics or journalistsâis a common feeling throughout much of Central Asia.

âIf you think back to what the Soviet era was like,â Kaye says, âyou could live in a very remote mountain valley and books would magically appear from Moscow, shoes from Czechoslovakia, coal and oilâall this stuff was just there, free or nearly free.â 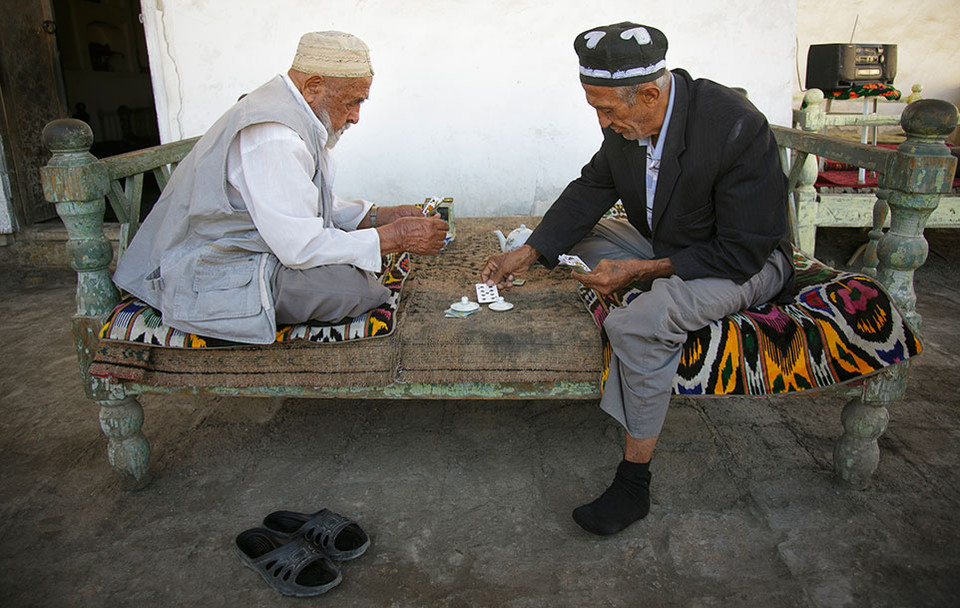 Things are harder now amongst people like the Pamiris, who Kaye photographed in a series called âThe Roof of the World.â A Shiite minority living in the Pamir Mountains of Sunni-dominated Tajikistan, the Pamiris enjoyed privileges during the Soviet era due to their geographical position in the buffer zone between South Asia and what was the USSR. When Soviet support stopped coming and the Pamirisâwho are not only Shiite, but also belong to the minority Ismaili sub-sectâwere targeted in ethnically motivated killings in the 1990s, they had to appeal to their fellow Ismailis around the world for relief.

When I ask Kaye how he finds his stories, whether the Pamiris, the Kyrgyz Exodus, or the Silk Road 2.0, he says itâs just daily life, things you hear about or come across that grab you and make you want to learn more. Either that, or longtime passions. In 2011, Kaye won both a Gold in the Prix de la Photographie and 2nd place at the International Photography Awards for his series on Buzkashi, the ancient, poloesque sport in which riders score by dragging a decapitated goat carcass across the goal line; heâd been fascinated by the Central Asian specialty ever since heâd read about it in Great Game lore.

This being the age of Instagram and Flickr, when everyone seems to be a photographer, I am curious to know what Kaye thinks about the place of professional photojournalists in the changing media landscape. While itâs true that the tools are available to everyone, Kaye believes that there is still a need for people who know how to put things together and tell a story.

âWhat makes good writers and photographers stand out,â he says âis their clarity of vision before starting work on any given project and their ability to edit and sequence the work afterwardsâin other words, a form of self-curation.â

Though Kaye relocated to Shenzhen, China this past August, he says heâll always be interested in Central Asia. It is a place thatâlike the best bedtimes storiesâcharms, intrigues and lives on in the imagination long after the last page is turned. 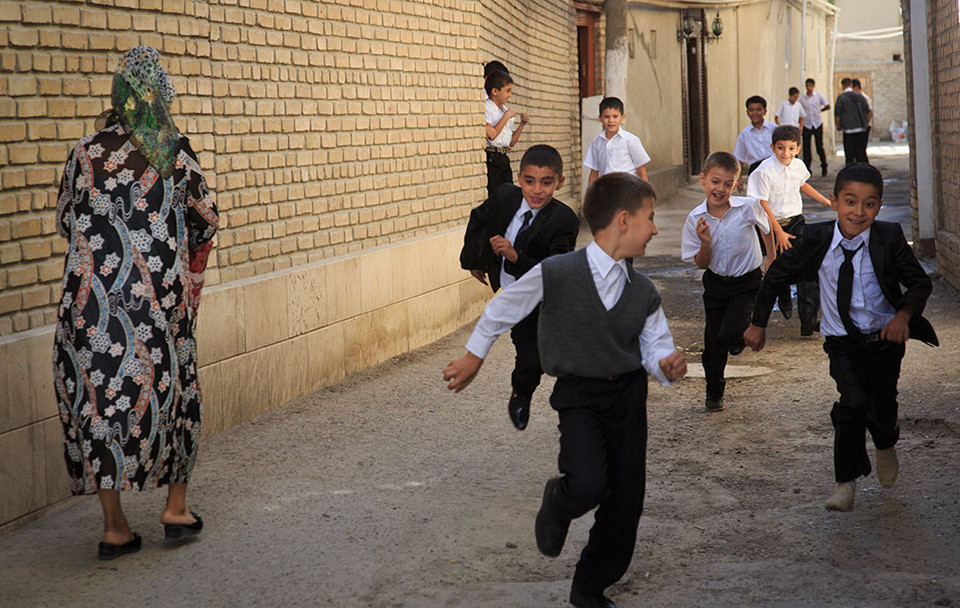 To see more of his work, visit www.theodorekaye.com