The pace of development in post-war Japan happened at break-neck speed, and in a short 30-year period, this island went from being a primarily agrarian economy to one of the wealthiest and most industrialized nations in the world. The average Japanese toilet, for example, is an engineering wonder, the high-speed Shinkansen bullet train will get you from Tokyo to Kanazawa in an astounding hour and a half, and the simplest hotel has bathroom mirrors that donât fog up when you shower.

Itâs no surprise, then, that the first glimpse of Kanazawa, a city famous for its well-preserved Edo-era architecture is of its ultra-modern glass and steel train station. Kanazawa, is a city where old and new live side-by-side, where old weathered teahouses dating back to the 1800s are shaded by multi-storied office buildings, and the 300-year old Omi Cho fish market shares a zip code with Tory Burch and Louis Vuitton. Itâs a city, where some of its citizens have embraced the 21rst century while others are a decade or a few behind. Itâs a city of contradictions in a country characterized by the constant push and pull between modernity and tradition.

As you round each corner of Kanazawa, and push deeper into the city, it takes just a few steps to move from one decade to another. One block takes you back to the turn of the 20th century, while the next transports you to the 1970s, and then turn around, and youâre brought back to the present. Heading into smaller towns like Wajima on the Noto Peninsula and Arimatsu- Nagoya these contradictions are sometimes even starker.

Kanazawa, Japan is a modern city with an ancient heart. 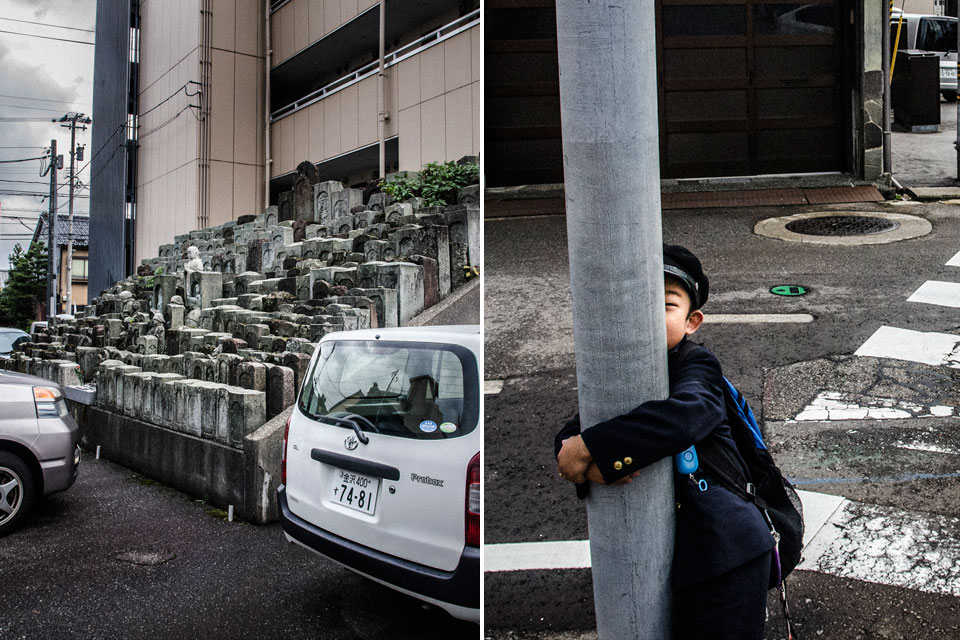 Ancient Buddhist and Shinto deities watch serenely as a child hops out excitedly from the family Toyota and heads into the contemporary apartment complex he calls home. 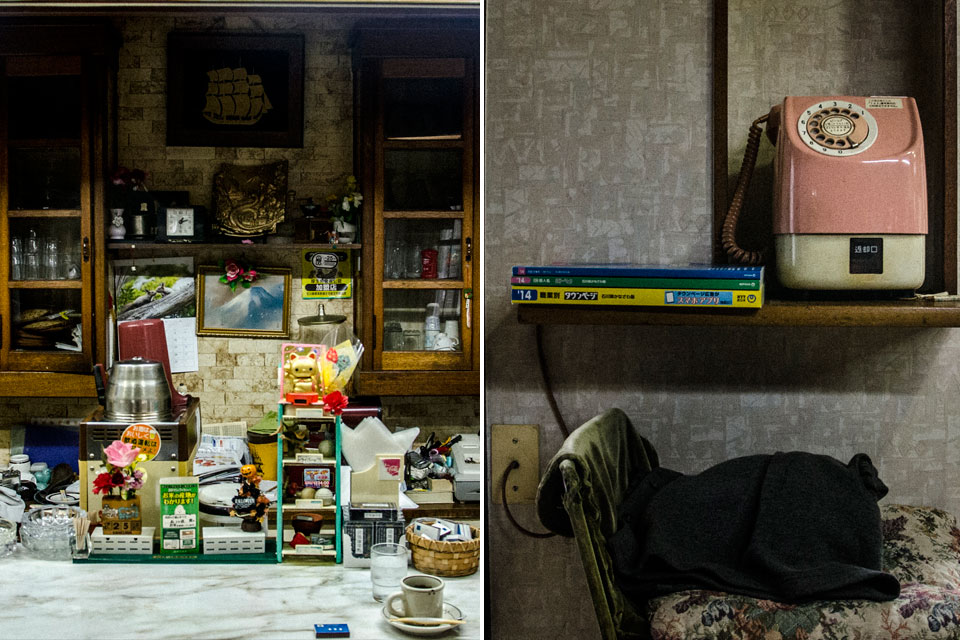 A teahouse in the Teramachi District of Kanazawa. 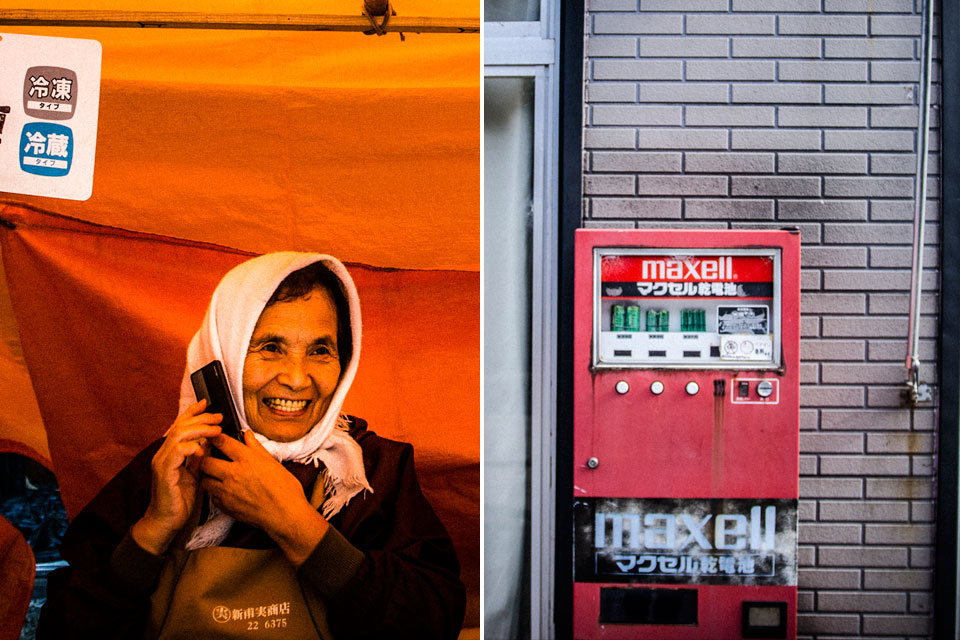 In Arimatsu, a short train ride from the city of Nagoya, an old pharmacy from the 1950s sits abandoned flanked by teahouses dating back to the turn of the century. Arimatsu was founded in 1608 and was one of the authorized stops on the Tokaido. Itâs also the birthplace of Japanese shibori. 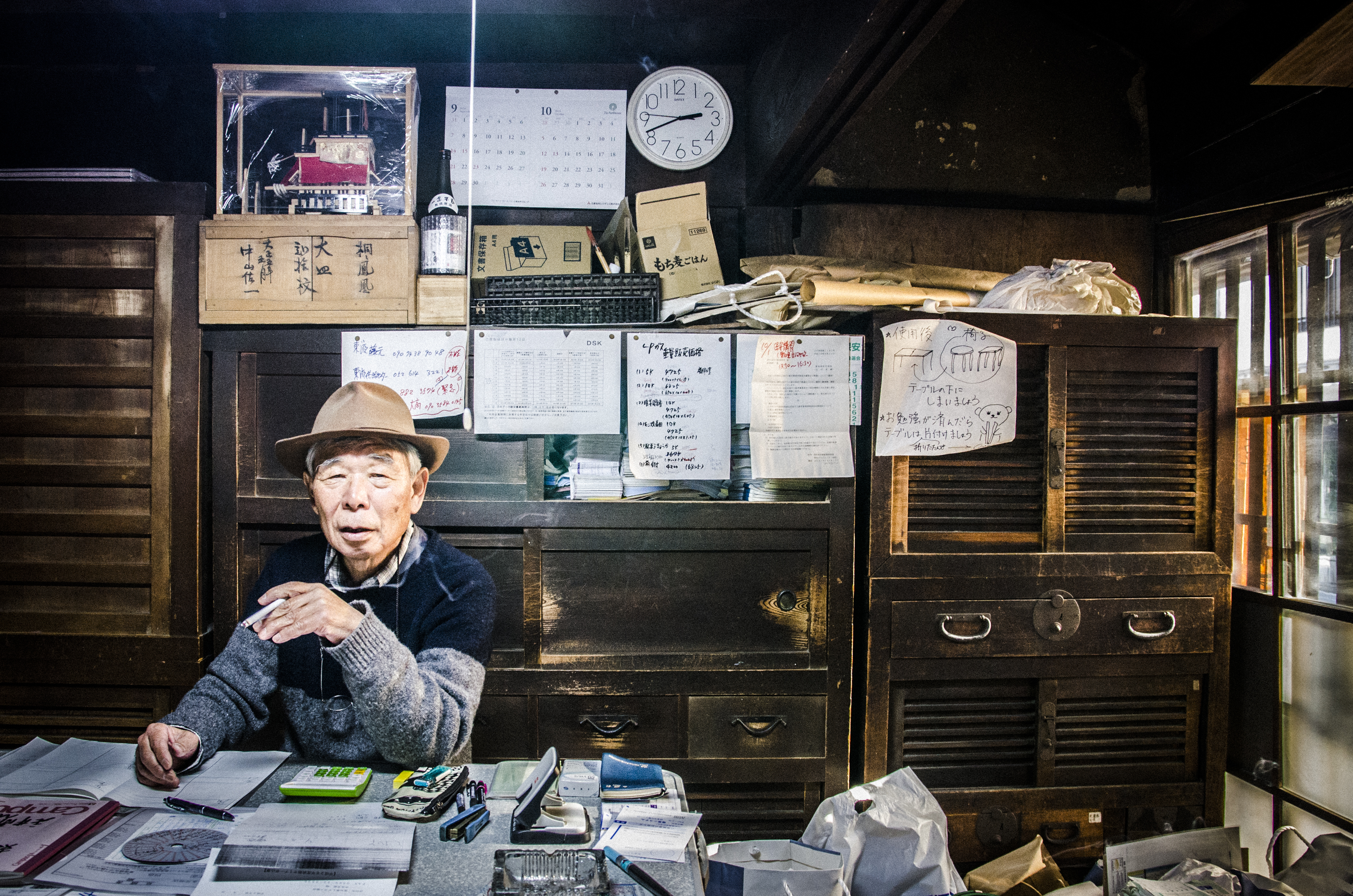 Shin Nagai-san embraces his traditional family rice business as well as modern Japan. He remembers when the younger generation moved away to the big city of Nagoya in the 1970s, and Arimatsu became a ghost town. In the last two decades, the Japanese government has worked hard to revive shibori, and Shin is happy folks are coming back.

All images by Hajime Kimura for Project Bly.