The Eight Qualities of A Great Photojournalist

Every artist is inspired by another and Henri Cartier-Bresson, often dubbed the father of photojournalism, traded in his paintbrushes for a Leica in the 1930s after viewing Hungarian photojournalist Martin Munkacsiâs photograph titled Three Boys at Lake Tanganyika. Cartier-Bresson was awed by the image, which captured the âfreedom, grace and spontaneity of their movement and their joy at being alive,â and embarked on a career âprowling the streets all dayâ ready to âtrap life.â

Project Bly is a website built on the philosophy that to really know a city you must wander its streets, and we attempt to bring those streets alive for our customers through photography; real, gritty images that âtrap lifeâ and celebrate the streets of a city.

Cartier-Bresson, who died in 2004 at the age of 95, has inspired generations of photojournalists. As Blyâs founder, Iâve had the privilege of working with some of the finest photojournalists in the post Cartier-Bresson world. Youâve seen their images not just on Project Bly, but also in top publications such as the New York Times, the Guardian, the Wall Street Journal, and CNN. On every Bly trip, I spend 12-hour days observing these talented men and women at work, and I have great respect for each of them. I am continually inspired not just by the images they produce, but by the people they are. 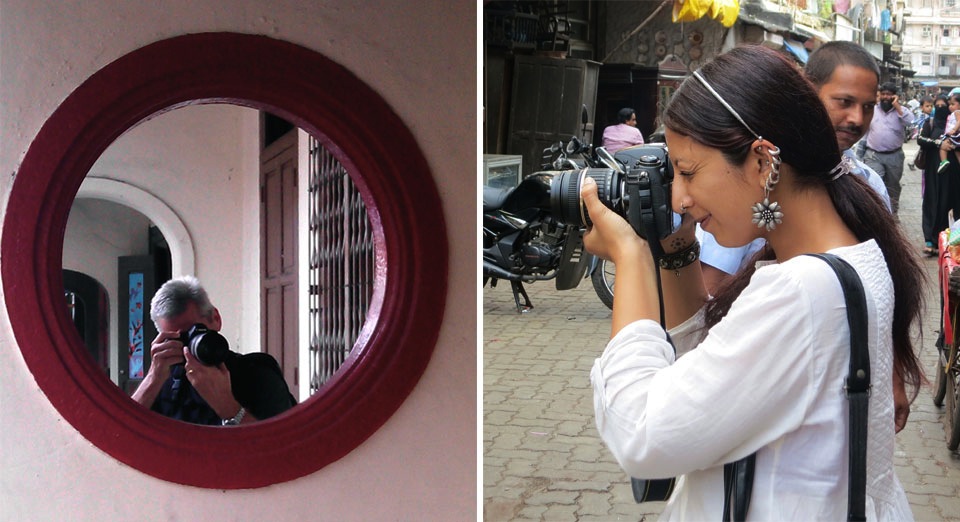 The eight photojournalists Iâve worked with to date all share characteristics that I think make them truly stand out from the crowd.

These are my observations on what makes an amazing photojournalist.

Much like Cartier-Bresson, whose 1952 book âImages a la Sauvetteâ (Pictures on the Run) includes photographs from China, Mexico, Canada, the United States, India, Indonesia, Japan, and the Soviet Union, Project Blyâs photographers are all true adventurers whose wanderlust takes them to some of the furthest corners of the globe. Take Blyâs Bukhara, Uzbekistan photographer Theodore Kaye, for example; After graduating from Yale, Theodore packed his bags and headed to Tajikistan in Central Asia simply because the place fascinated him. Then thereâs our La Paz, Bolivia photographer Szymon Kochanski, who left his hometown of Gdynia, Poland with a one-way ticket to Buenos Aires and spent a year exploring South America, camera in hand.

Blyâs photographers maintain an intense, child-like curiosity about the world, the people they meet, and the places they visit. Though theyâve been all over the globe, theyâre anything but the kind of jaded, been-there, done-that, continually unimpressed traveler that weâve all had the misfortune to run into. No matter how many times theyâve been to a city, they still appreciate the small moments: kids getting out of school, a cobbler at work, a woman buying eggs street-side, an old manâs quiet afternoon with a newspaper, lovers holding hands. David Hagerman, for example, who had photographed Malacca, Malaysia for a travel publication before I contacted him to do it again, was engaged and inquisitive, exploring the streets of city with me like it was his first time.

If thereâs one ingredient that really distinguishes a good image from a great image, a good photojournalist from a great one, it is compassion. Photojournalism is about capturing candid moments, but this does not mean that photojournalists are detached, stealthy observers hiding behind a lens. Great photojournalists have an innate ability to connect with people, reaching out across the borders and boundaries of race, age, ethnicity, and language.

Take this image from Kumasi, Ghana, photographed by Nyani Quarmyne. Kumasi is a difficult place to take pictures. People are suspicious of cameras and often openly hostile. This image speaks volumes of Nyaniâs ability to connect with these women, and itâs one of my favorites. 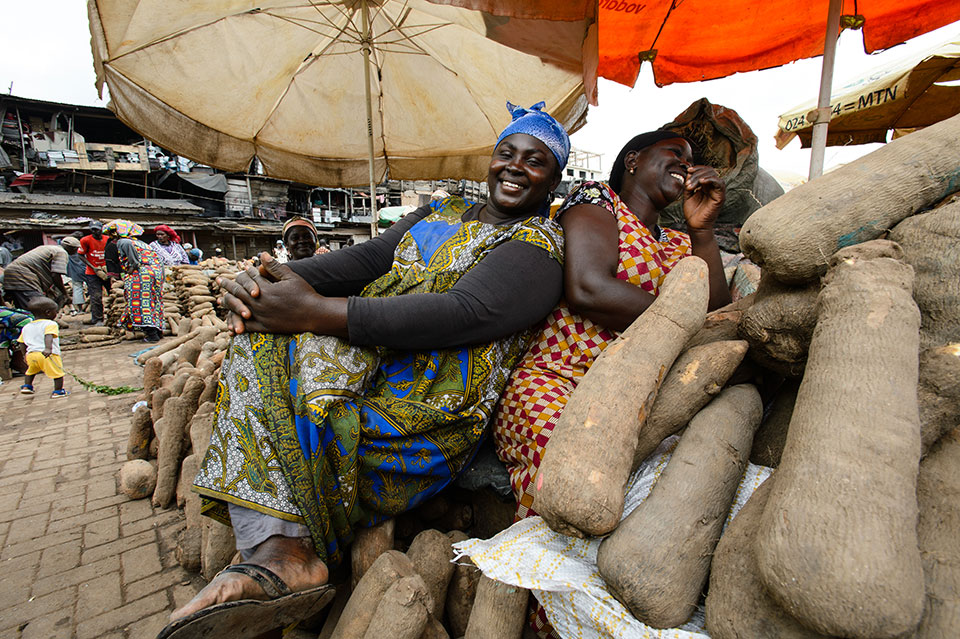 Here we have Theodore Kaye making friends in Uzbekistan. Photojournalism is meant to capture candid moments, but thereâs more that happens behind-the-scenes than just a mere click. Sometimes it involves establishing a relationship before you click, and other times after you click.

(L) Image of a baker and his family by Theodore Kaye, (R) Image of Theodore with the bakerâs family 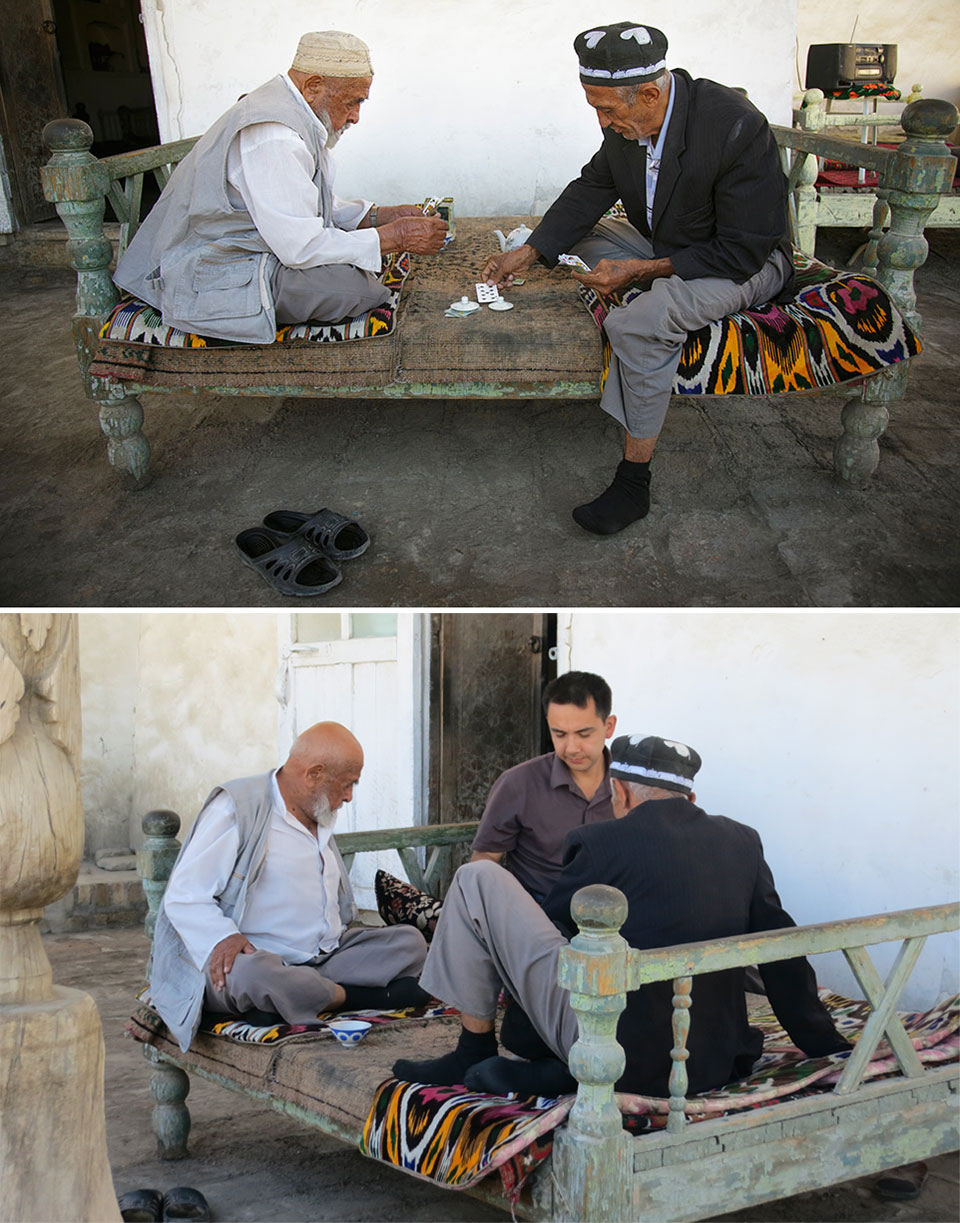 (Above) A candid shot of two old pensioners playing a game of cards on the verandah of an old teahouse in Bukhara, Uzbeksitan. (Below) After clicking, Theodore joins in for some tea and cards. This was our second visit to the same teahouse. We spent an hour the first time getting to know the owner.

Thereâs also another way in which compassion comes into play. Just as important as the photographs that get taken, are the ones that donât; the best photojournalists know when itâs ok to snap a picture and when itâs not.

Photojournalism is not for the timid. It might not be a war youâre photographing, but even capturing street moments requires a lot of confidence. The best images usually arenât taken from behind a pillar in the shadows. All of the photographers I worked with were confident as they walked down the street with their cameras. They didnât call attention to themselves, but they didnât shy away from putting themselves in the best position to get the best shots. Malacca photographer David Hagerman, for example, approached these two men at breakfast and asked if theyâd mind if he got a picture of their table. The men continued to eat as David snapped a great overhead street food shot.

Photojournalists are patient and spend just as much time (if not more!) observing as taking pictures. After all, if youâre constantly behind a lens you might miss some of the magic happening right next to you! That said, they also have incredible reflexes and seem to know just when to click! 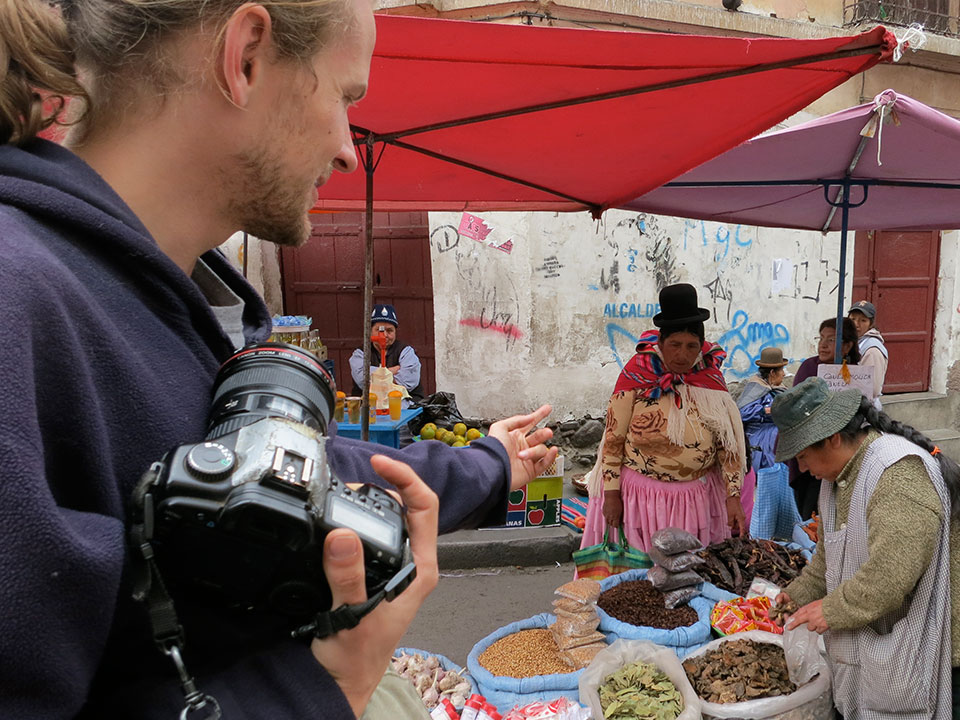 Which brings me to the fifth characteristic shared by Blyâs photographers. They all seem to know when the perfect moment is going to happen before it actually happens. A sixth sense? Maybe. I also think theyâre just really good observers, and part of being a photojournalist requires a deep understanding of human behavior and emotions.

Photojournalists are some of the strongest people Iâve met. They start their day when the sun rises and usually stop clicking well after the light fades. Theyâre on their feet all day and are often carrying multiple lenses or cameras in heavy packs. They photograph in some of the hottest and most humid weather, as well as the freezing cold, and I havenât heard one of them ever complain. I have so much respect for their stamina and strength. 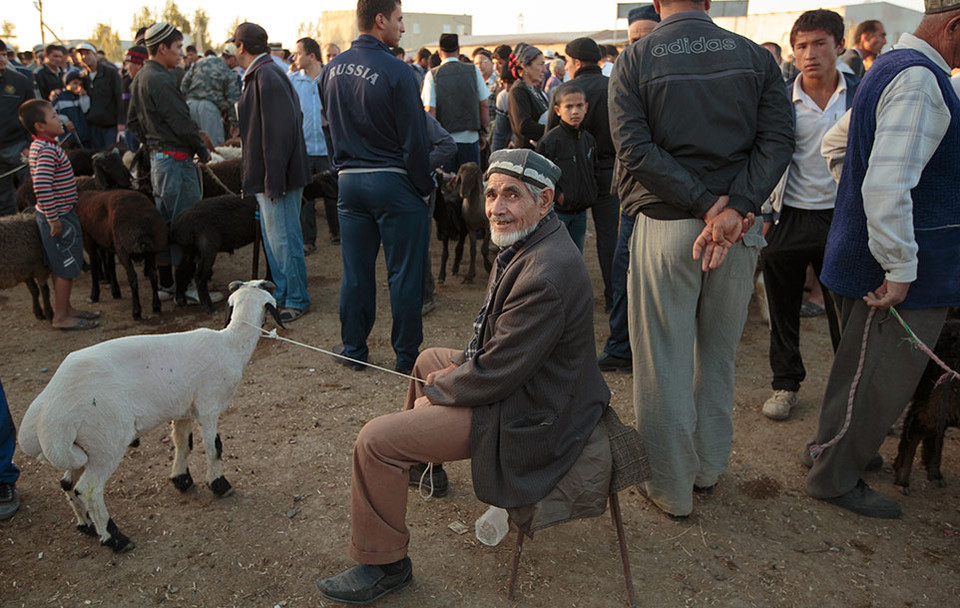 Theodore Kaye and I set our alarms for 3 AM so we could be at a livestock market before sunrise. Our day ended some 15 hours later. I was exhausted.

And finally, creativity, that hard to define characteristic that in this case entails not only intuitively knowing when to click, but also how to frame the shot, where the light will hit, and which angle works best. Itâs all these conscious and subconscious details and decisions that make it more than just a photograph and elevate it to art. As Henri Cartier-Bresson said in a 1957 interview with the Washington Post: âThere is a creative fraction of a second when you are taking a picture. Your eye must see a composition or an expression that life itself offers you, and you must know with intuition when to click the camera. That is the moment the photographer is creative.â 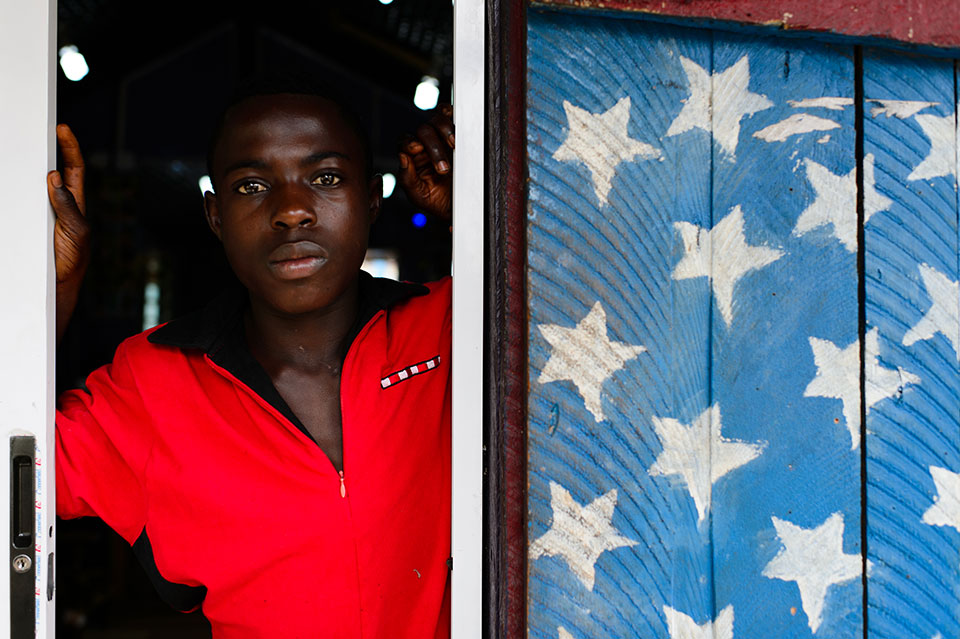 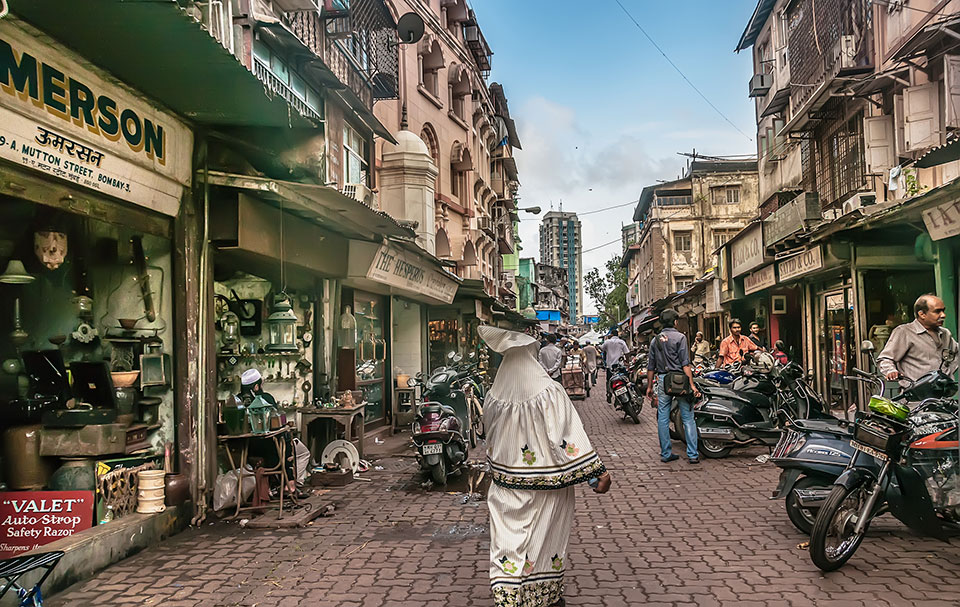 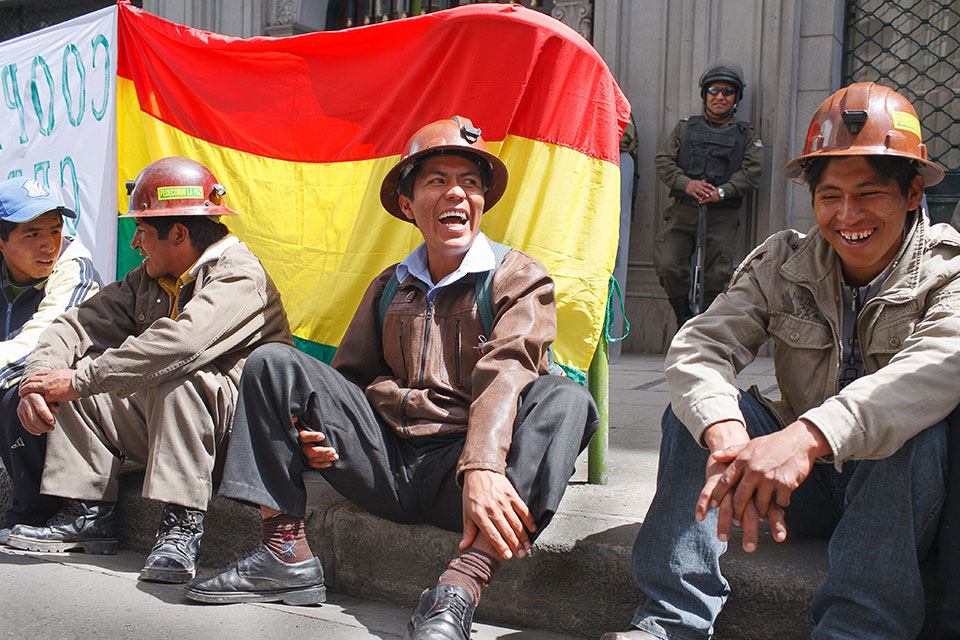 Rena Thiagarajan is the founder and Chief Adventurer of Project Bly. Accompanied by a notebook and her camera she spends long days exploring the streets of a city with Blyâs photographers, all of whom sheâs now proud to call friends.

You can explore more images by all of the photographers mentioned above on Project Bly. In 2014, Bly will feature photography by Marcela Taboada (Oaxaca, Mexico), Shantanu Starick (Marrakech, Morroco) and Ehrin Macksey (Hanoi, Vietnam.)