Shades of Blue: The Ceramics of Rishtan, Uzbekistan

They say the Eskimos have some 50 words for âsnowâ; if thatâs true, weâre willing to bet that the potters of Rishtan have at least as many for âblue,â the color that characterizes their world-renowned ceramics.

Tucked inside Uzbekistanâs Fergana Valley, a slender finger of land wedged between Kyrgyzstan and Tajikistan, Rishtan is perhaps the regionâs oldest and most celebrated ceramics center. The city, like the Valley itself, is beautiful; melons grow wild in the fields, while pomegranate and apple trees sprout up along the streets, and canopies of grapes shade the sidewalks. These vines belong to the folks living nearby, and if youâre lucky enough to be invited into someoneâs home, you will be offered the fruit, along with tea and bread.

It is a land of plenty; at one point we asked our translator if anyone ever stole the grapes, and he laughingly told us that since everyone has them, there wasnât any need to steal!

Potters make up nearly a tenth of the population of Rishtan. One of them is master potter Rustam Usmanov, whose family has been in the business for eight generations (thatâs about 250 years). His studio is located just behind his house, next to a courtyard, which, in typical Fergana fashion, is filled with fruit trees, grape vines and flowers. It is here, with the help of his son, Damier, and nephew, Ruslan, that he produces some of the most beautiful ceramics in the Valley. 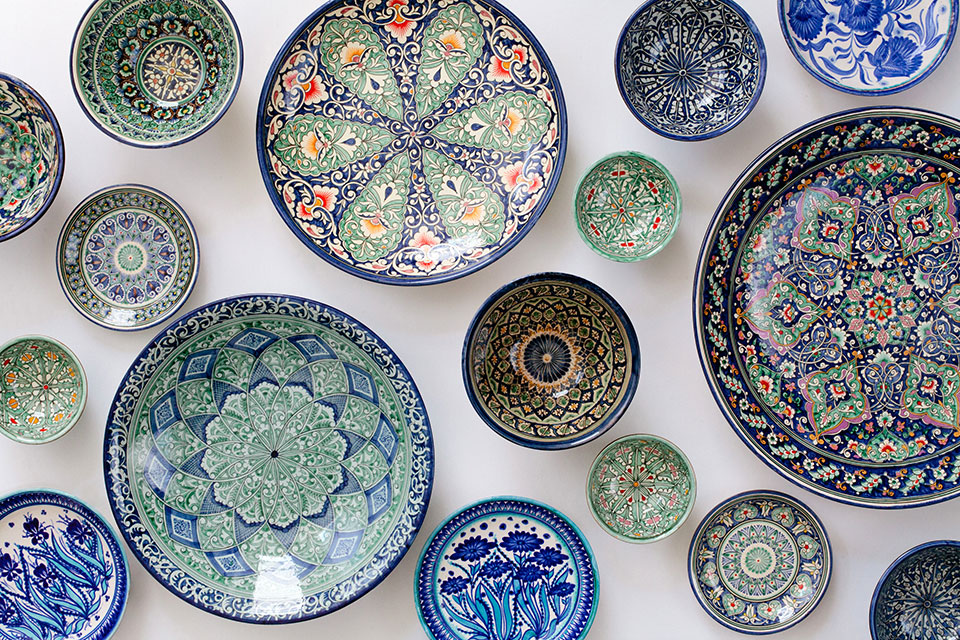 On our visit, we looked on as Damier began the process by kneading clay, which in Rishtan is abundant and generally impurity-free. Then he used a pedal-operated wheel to shape a platter, a mesmerizing technique known in English as âthrowing.â Rustam told us that the soft platter would be dried for four days at room temperature before being dipped in a white clay mixture called âangupâ and fired in a traditional kiln. 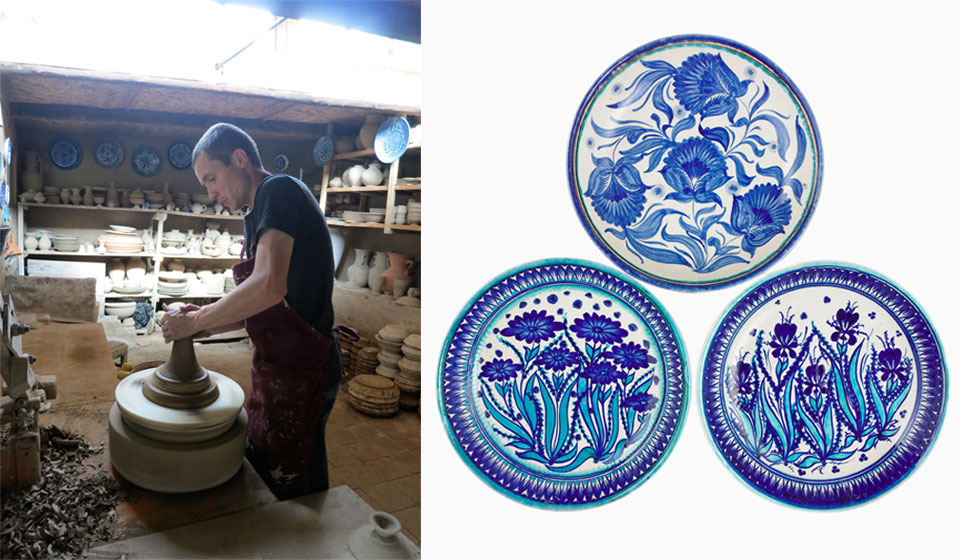 Then Ruslan takes over; it takes about 25 hours to paint a large platter and, fittingly in a country thatâs such an amalgam of old and new, Ruslanâspiffily attired in a pair of surf shortsâpractices this ancient art while listening to Russian rap on his iPod. 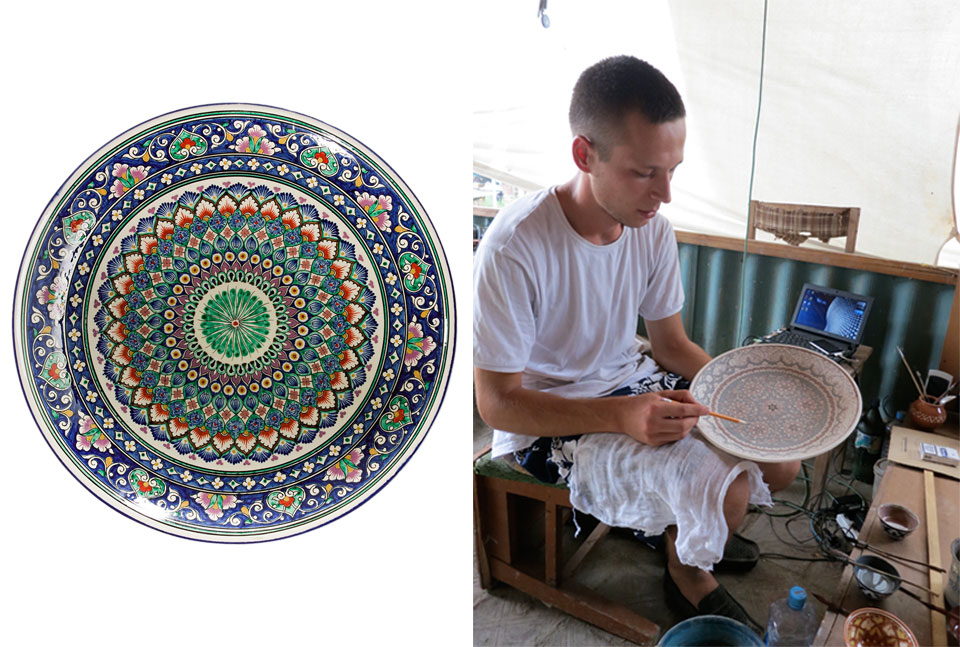 Finally, the platter is glazed. Rishtan is famous for a special kind of blue-green glaze called âishkor.â Made from a desert plant of the same name thatâs been burned to ash and mixed with crushed quartz, ishkor has been used since the 10th century, when it may have been invented in an attempt to copy the famous blue-and-white Chinese porcelain.

Whatever the origins, the results are the lustrous, blue-hued plates and bowls that have been coveted since the days of the Silk Road.