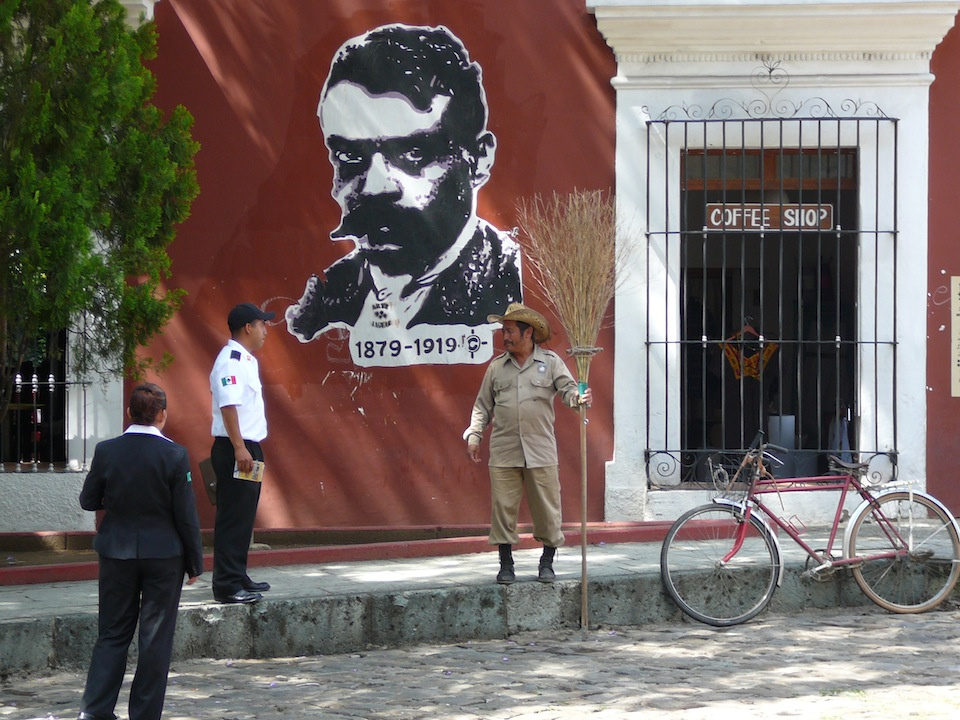 Oaxaca is the best place for a visitor to experience art in Mexico. True, there is far more art in Mexico City. Mexico City, however, has a population 30 times greater and its art scene is spread thin across dozens of barrios. In Oaxaca, on the other hand, much wondrous art can be found in the walkable centro historico. If you donât like what you see at one place, there is always something else up the block. Here are 7 theories why Oaxaca has become Mexicoâs Mecca for the arts.

Theory 2: Hot coffee and hot chocolate. These locally grown stimulants may help artistsâ productivity after a night of mescal. 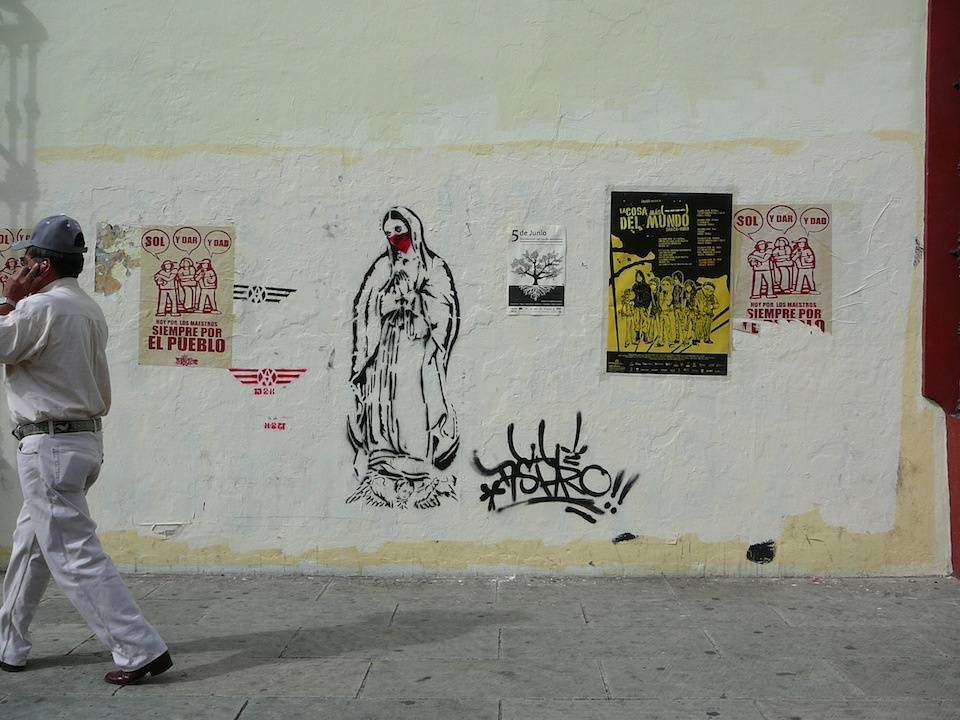 Theory 3: Grand Maestros. To name just two: Maestros Francisco Toledo and Shinzaburo Takeda. Toledo, one of Mexicoâs great artists was raised in Juchitan on the Pacific coast of Oaxaca state. He now calls the city of Oaxaca his home. Watercolors by Toledo sell at auction for $300,000 (thatâs dollars, not pesos.) Toledo has invested a huge portion of his personal fortune in the art culture of Oaxaca. In 1988 he founded IAGO, the Institute of Graphic Arts of Oaxaca, a cultural center built around his own art library. He has supported nearly every part of the cultural landscape from the Borges Braille Library to The Manuel Bravo Photography Center.Â Art historian Selma Holo calls him Oaxacaâs art cacique, or chieftain. Toledo is generous, yet quite canny in dispersing seed money for the arts. He leverages his name to get foundation money, government funds, and public support. If the other players donât pony up, he withdraws his support to focus his energy elsewhere.

Master printmaker Shinzaburo Takeda experienced World War II as a child in his native Japan. He moved to Mexico as a young man and became an art teacher. At age 78, he still teaches at Oaxacaâs Benito Juarez University. The Biennial Takeda, Oaxacaâs semi-annual print extravaganza is named in his honor. He jokes that Oaxaca (elevation: 5,100 ft) will sink like Venice under the weight of its printing presses. If so, Takeda will be partly to blame. Most of Oaxacaâs famed printmakers have studied with him or one of his many students. Successful younger artists, such as DemiÃ¡n Flores, emulate the great maestros Toledo and Takeda and fund art workshops and exhibition spaces for the next generation. 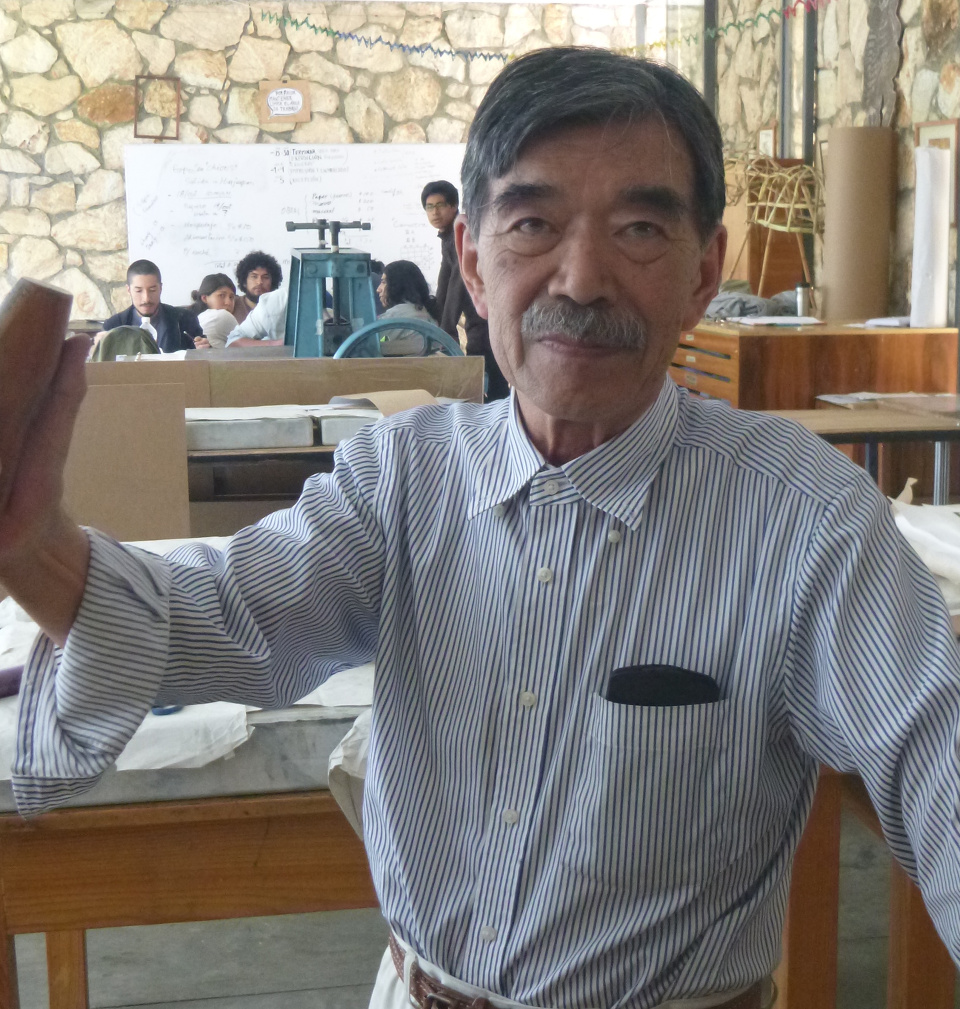 Theory 4: City as Gallery. During the rebellion of 2006 every wall in Oaxaca was covered with protest prints wheat-pasted in the middle of the night. Now these same walls display murals by international artists. In Oaxaca, for better or worse, murals are not permanent fixtures. Prime walls like the facade of Espacio Zapata are repainted seasonally. Interior walls in cafes, bars, restaurants, libraries, and artistâs studios become pop-up galleries covered with artworks. Space is at such a premium that exhibitions often change weekly.

Theory 5: Linguistic Diversity. At least 12 distinct indigenous languages are spoken in Oaxaca including Mixtec, Trique, Zapotec and Nauhatl âmore than most parts of Mexico. Communication through the visual arts, graphic design and music becomes more important when a cultureâs common vocabulary is limited. Metaphors and symbols are born of the need to communicate across linguistic frontiers. 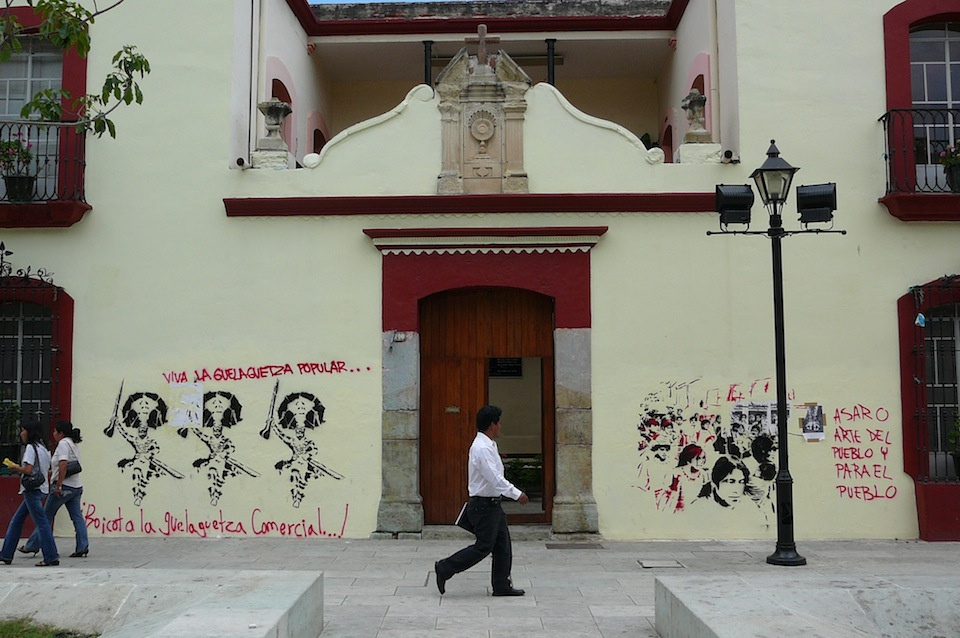 Theory 7: Birds of a Feather. One night in Oaxaca I ran into 27-year-old British-born artist Sophy Tuttle. She had come to Oaxaca for a one-month artistâs residency in July. Eight months later she was still in Oaxaca painting a mural and eking out a living selling prints. I asked her âWhy are there so many artists in Oaxaca?â She answered, âBecause there are so many artists in Oaxaca.â Sheâs quite right.

Prof.Â KevinÂ McCloskey teaches illustration at Kutztown University of Pennsylvania. In 2007 he was awarded a National Endowment for the Humanities fellowship to study in Oaxaca, Mexico.Â He has sinceÂ curated Mexican print exhibitions across the U.S, notably at the Fowler Museum, UCLA. In 2012, he was invited to Princeton University to lecture on the prints of Oaxacaâs ASARO collective.